Work and Live in Hawaii - How Malene Pursued a Lifelong Dream

To live under a palm tree very far away from cold Denmark has been Malene Rønnest’s dream since early childhood.

She wanted to explore the world and live close to nature in a more free-spirited culture. That dream became the guiding star for her career path. 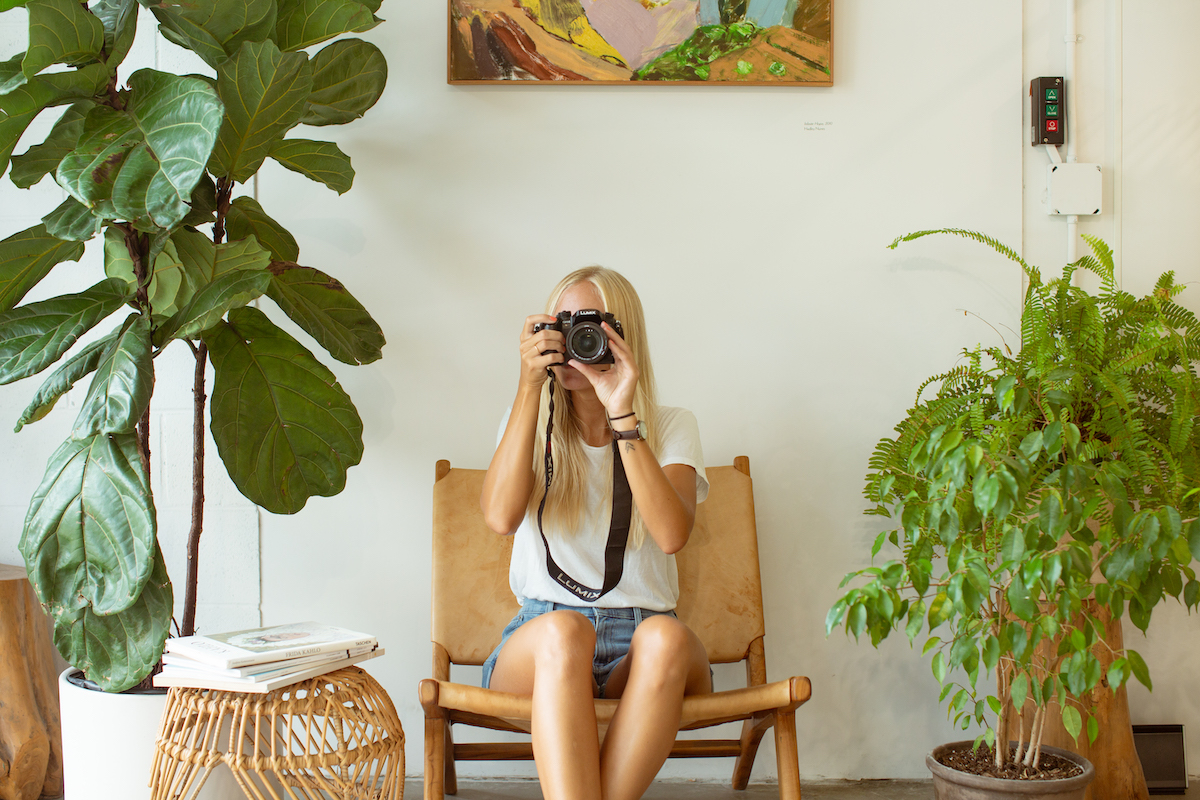 The Danish video journalist Malene Rønnest has harnessed every opportunity to go abroad.

After finishing high school, she moved from Denmark to Los Angeles to participate in a career program.

When she studied TV and media production at the Danish School of Media and Journalism, she spent a semester at an American university in Hawaii studying Cinematic Production.

”I have studied abroad and been to many places, but I fell completely in love with Hawaii. As a little girl, I dreamt of becoming a surfer, and even the theme of my confirmation party as a young teenager was actually inspired by Hawaii.

Also, I met my Danish husband over here while studying at Hawaii Pacific University – what are the odds? We have dreamed of returning to Hawaii ever since. I love the nature, the culture, the relaxed lifestyle.

You become free from the constant awareness of time and stop looking at your watch all the time. It feels like there is more room for diversity here. I feel like everything is possible when I’m here – also in terms of my career,” says Malene Rønnest.

When Malene graduated from the Danish School of Media and Journalism, she had already been looking for jobs in Hawaii for more than six months.

Landing a job on the other side of the world has been far from easy. Malene had to write countless cover letters and didn’t get many responses. In some cases, she wrote five follow-up mails just to get a response.

It was tempting to give up and just look for a job in Denmark instead, but Malene refused to give up on her dream.

In the process, she reviewed her application several times and considered how to present her resume differently to stand out from the crowd.

But creating her own design from scratch in inDesign would have taken up time she needed to spend on finishing her bachelor’s degree.

One day, Malene talked to some friends about the challenges and one of them recommended her to try Novorésumé. Malene gave it a try and it did not take long before she discovered all the possibilities and benefits the tool had to offer, and she started to use it immediately.

“I could have made a layout myself, but the designs from Novorésumé were actually really nice and the tool was super easy and intuitive to use. So there was really no reason not to give it a try,” says Malene Rønnest.

The result? Malene has now been working for a number of national and international companies in Hawaii. She and her husband live in an apartment with a view of the ocean and only five minutes to the breaking waves of Waikiki Beach.